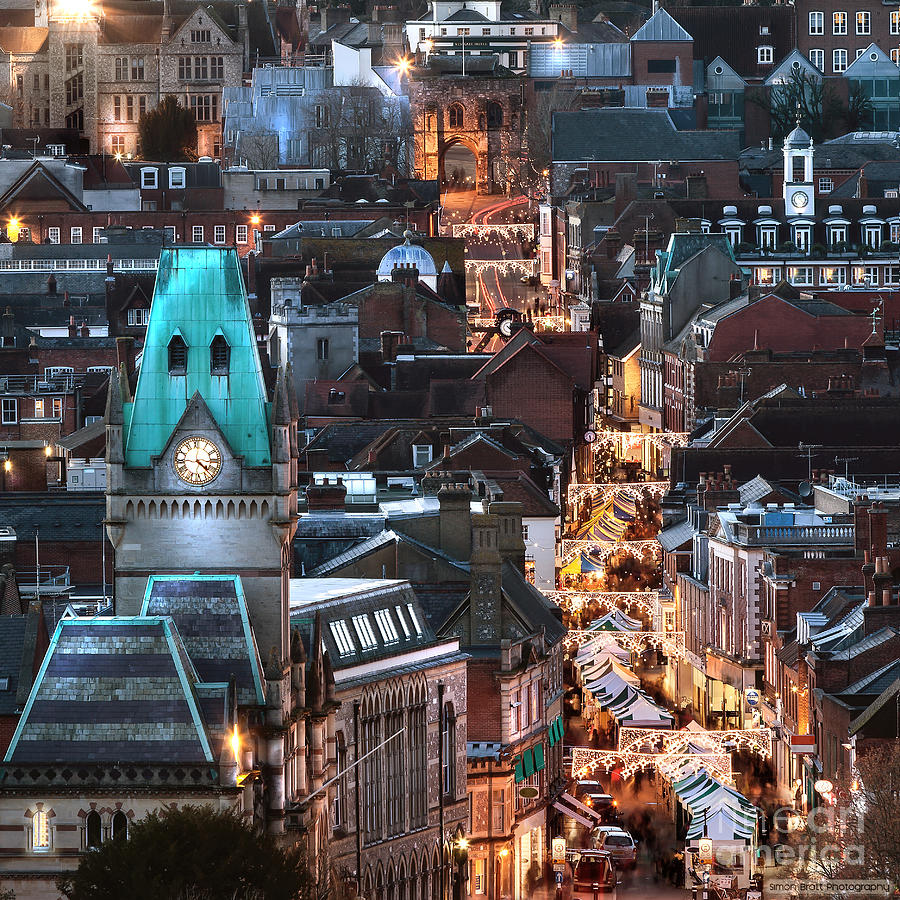 Winchester is a cathedral city and the county town of Hampshire, England. The city lies at the heart of the wider City of Winchester, a local government district, at the western end of the South Downs National Park, on the River Itchen. It is 60 miles (97 km) south-west of London and 14 miles (23 km) from Southampton, the closest other city. At the 2011 Census, Winchester had a population of over 45,000. The wider City of Winchester district, which includes towns such as Alresford and Bishop's Waltham, has a population of over 116,000.
Winchester developed from the Roman town of Venta Belgarum, which in turn developed from an Iron Age oppidum. Winchester's major landmark is Winchester Cathedral, one of the largest cathedrals in Europe, with the distinction of having the longest nave and overall length of all Gothic cathedrals in Europe. The city is home to the University of Winchester and Winchester College, the oldest public school in the United Kingdom still using its original buildings.{Extract from Wikipedia}

Thank you very much

Congratulation.....your wonderful work has been featured in the 1000 Views on 1 Image Group l/f/p

Thank you very much, fab

Wow, what an amazing picture!!

Very nice capture and composition Simon, I especially like the turquoise roof! L.F. :)

Outstanding! I love how you captured the Christmas market winding through the streets.

Hi Carol, thanks for that

fascinating so much going on. wonderfully engaging.

Hi Virginia, thanks for sharing your views.

Thank you so much

Thank you very much

Glorious! Lots going on in this photograph! Lf

Hi Dawn, thank you, yes very compressed, a good way to squeeze everything in.