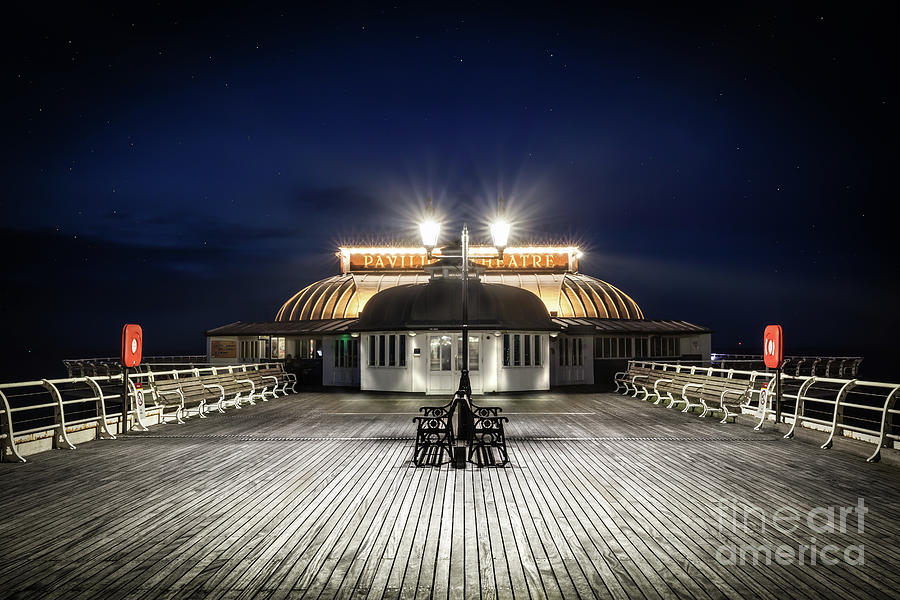 Cromer Pier Pavilion At Night - One of the greatest piers and pavilion theatre's in England jutting out from Cromer town in Norfolk. The Pier is a Grade II listed building 151 metres long traditional Victorian style. As dusk appears, the soft lights of streets and buildings come on. Cromer has one of the best, and flourishing, piers in England and the only surviving end of pier show in Europe. Also houses the RNLI lifeboat rescue launch at the far end.
Cromer is set on the North Norfolk coast and dates back to the 12th Century, typically relied heavily on fishing, now famous for its crabs. The beaches and erroding cliffs are a treasure trove of ancient fossils including the biggest and best preserved mammoth skeleton ever found.

Excellent and a favorite!

Love the lighting, look and feel of this piece Simon! Great Work! L/F

Very good composition and attention to the details, Simon! Excellent work, love it!

Thanks Eduardo, love all your thoughts and feedback

HI Yuri, thank you, very much apprecate the support.

Congratulations, your creative and unique art work is Featured in the "Out Of The Ordinary 1 A Day" group! 1/22/18 l/f

Hi Lyric, thank you very much

Congratulations on your fabulous artwork being featured in one of FAA's Newer Groups - Camera Art! You are invited to archive your work in the Features Archive thread! group or any other thread that it would fit in! LF

Congratulations on your feature in The 200 Club!

Hi Colleen, thank you very much

Beautiful night photograph on a pier, with great perspective, Simon! Congratulations that your photo was featured by The 200 Club! F/L

Hi Morris, you are very kind, thank you.

CONGRATULATIONS! It is my pleasure to feature your sensational photography on the homepage of The 200 Club, a unique and highly ranked group. You are invited to archive it in the Club's Features/Thanks discussion thread or the other appropriate threads for posterity or promotion. 

Congratulations on your feature in the Fine Art America Group "Images That Excite You!"

Thanks very much Marcia

Thank you for your thoughts John

Hi Paul, thanks for that.