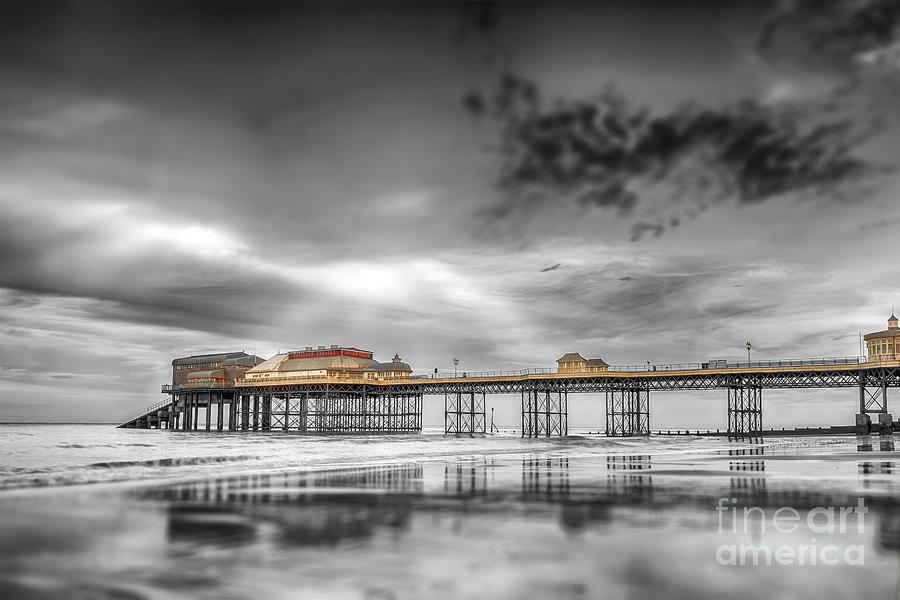 Historic Norfolk Cromer pier reflecting into the sea in black and white. Sunlight escaping the clouds and illuminating the pier in colour. Dramatic coudy skies. One of the greatest piers in England jutting out from Cromer town in Norfolk. The Pier is a Grade II listed building 151 metres long traditional Victorian style. Fantastic sunset colours of pinks and purples with reflections of the town in the water. As dusk appears, the soft lights of streets and buildings come on. Cromer has one of the best, and flourishing, piers in England and the only surviving end of pier show in Europe. Also houses the RNLI lifeboat rescue launch at the far end.
Cromer is set on the North Norfolk coast and dates back to the 12th Century, typically relied heavily on fishing, now famous for its crabs. The beaches and erroding cliffs are a treasure trove of ancient fossils including the biggest and best preserved mammoth skeleton ever found.

you are welcome hoping one day to visit Norfolk too

Hi Heidi, thanks very much