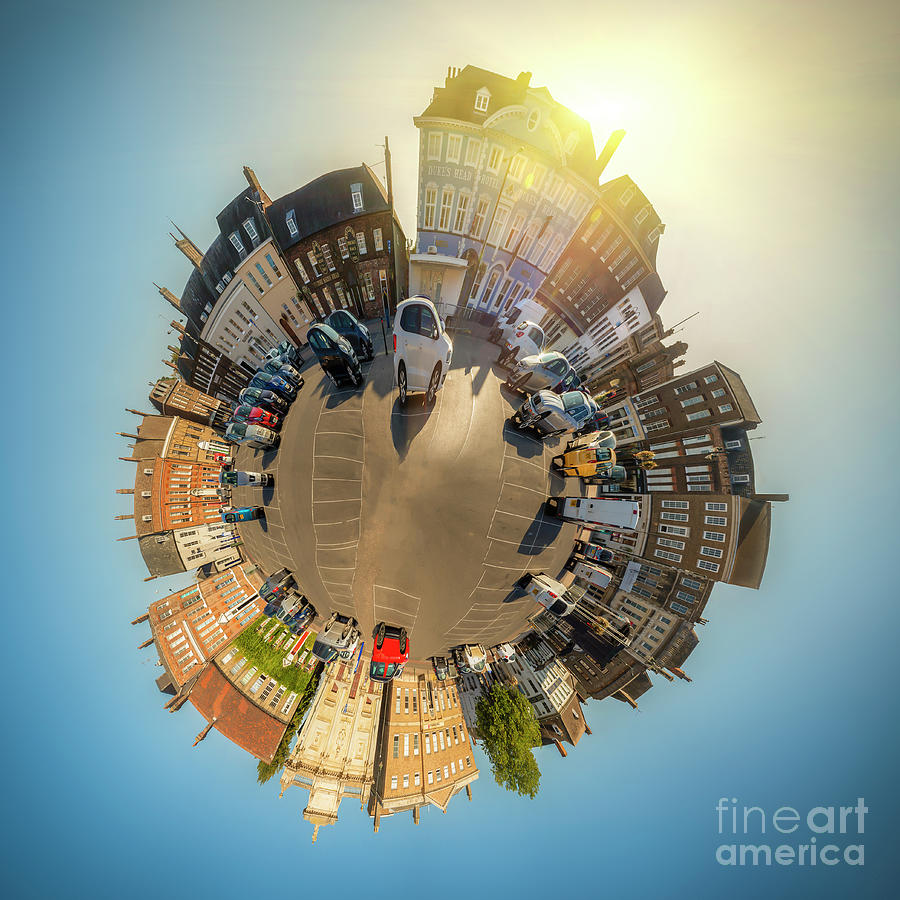 Tuesday market place car park in Kings Lynn, Norfolk, UK. Mini planet (or mini world) 360 degree viewpoint of a historic market town with beautiful ornate buildings. Sunrise lights the coloured buildings.
Lynn originated on a constricted site south of where the River Great Ouse now discharges into the Wash. Development began in the early 10th century, but the place was not recorded until the early 11th century. Until the early 13th century, the Great Ouse emptied via the Wellstream at Wisbech. After its redirection, Lynn and its port gained significance and prosperity.
In 1683, the architect Henry Bell, once the town's mayor, designed the Custom House. He also designed the Duke's Head Inn, the North Runcton Church, and Stanhoe Hall, having gained inspiration while travelling in Europe as a young man.[13]

In the 16th and 17th centuries, the town's main export was grain. Lynn was no longer a major international port, but iron and timber were imported. King's Lynn suffered from the discovery of the Americas, which benefited ports on the west coast of England. It was also affected by the growth of London.
Quote Wikipedia

Simon, Fantastic creative photo love the idea behind this image

Congratulations! Your fantastic photographic art has been chosen as a Camera Art feature! You are invited to archive your work in the Features Archive discussion as well as any other discussion in which it would fit!

This is very cool, Simon! Lf